Vedicology provides consultations on Astrology, Numerology, Vastu Shastra and Gemmology. We offer advice on Vedic disciplines, rituals, customs and remedial measures to clients across the world.

Vedicology traces the origin of Indian Astrology to "Jyothishmati" which is a part of Atharva Veda. This 5000-year-old document, which is admired as a classic of the ancient era, opens up different paths to explore the many hidden truths of one's life, his past, present and future. Amazingly, our ancient Gurus had the mathematical ability to compute the motion of planets and predict celestial events such as eclipses, natural calamities, wars, etc., decades in advance. 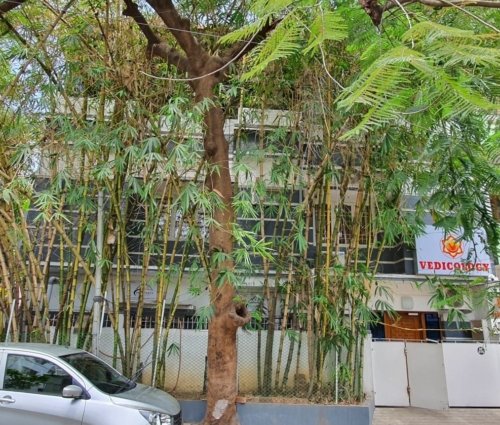 Vedicology India focusses on conducting a scientific, logical and fair study of the treasured historical scriptures of our motherland. We research older Vedic customs and rituals to understand our ancient scientific spirituality.

Vedicology loves to explore materials of ancient classical literature and analyse the olden scientific technology of our holy nation.

We undertake in-depth study and research on the science of astral languages, Vedic rituals, astronomy and the contents of different Vedangas (Siksha, Nirukta, Vyaakarana, Chandassastra, Kalpasaastra and Jyothisha) written in this holy land.

Click here to know more about the Vedicology Team.

Vedicology Center for Spiritual Empowerment is an initiative by our founder, Mr Praveen Saanker, to impart the knowledge of Sanatana Dharma. Bharath, our holy motherland still survives on planet Earth with all her spiritual and cultural glory for more than ten thousand years.  This is only because, Indian spiritual philosophies are scientific, rational, unbiased and universally accurate, at their fundamental and applied level. They are valuable in the ancient and modern periods. Vedicology calls them "Chira Purathanam" (older than the oldest) and Nithya Noothanam (ever novel in vision and application) hence Sanathanam.

The beauty of Sanatana Dharma

The beauty of Sanatana Dharma is that these spiritual and cultural thoughts can be adopted by anyone in any country, any time with any social, linguistic, religious background. This is the reason why our motherland could preserve her glorious heritage even after 1350 years of foreign invasion and suppression.

We Indians were the only people who had to pay religious tax­ "Jizya" to foreign rulers, for more than 300 years. And we paid this, for living as Hindus or followers of Sanatana dharma in our own country! Even this could not damage our culture and dharma!

Many ancient civilisations including Greek, Roman, Egyptian, Mesopotamian and Babylonian civilisations got wiped away from this planet many centuries ago. Indian culture and literature, scientific heritage and spiritual thoughts, customs and rituals, approaches and visions have not degraded or decayed. Indian spiritual philosophies are surviving, expanding and conquering even the ultra-modern scientific mind, because of their scientific merits and values.

Off late, our hectic lifestyles, work-related exigencies and foreign cultural invasions influence us to ignore the merits of our rich cultural and spiritual heritage.

Vedicology team request you to find some time for yourself understanding our rich spiritual heritage.

Undertake a scientific, logical and rational study of the glorious heritage of our motherland

Vedicology urges you to understand the Sanatana dharma, which still helps us to remain one of the most ancient yet scientifically modern spiritual philosophies in the world. It's vital that you make an attempt to study the customs and rituals, scientific spirituality and our classical literature.

You could find the most advanced science and technology in our ancient scriptures. Well, they existed in this country for the past many thousand years.

Get introduced to the Vedangas

Vedicology team motivates you to understand the science behind languages, Vedic rituals, acharas and the most advanced astronomy and mathematics contained in the vedangas. The six vedangas are siksha, nirukta, vyaakarana, chandassastra, kalpasaastra and Jyothisha) written in this spiritual treasure trove called India.

Vedicology invites you to conduct a scientific, logical study on the pure science contained in the Upavedas. The upavedas are Dhanurveda, Gaandharvaveda, Ayurveda, Arthashastra, Sthapatyaveda or Shilpa Shastra. We ought to be proud of the fact that these were written in our holy motherland.

Our punya bhumi has presented us with six darsanas which are the visions of our great forefathers, for analysing, understanding and interpreting the essence of this world. It is up to each one of us to read, listen, watch, discuss, analyse and understand to the extent possible rather than waiting for others to come and teach us. We urge you to learn whatever you can and teach others in a scientific, logical and rational manner.

Be rest assured, Vedicology will be with you on this journey.

Our Clients across the world have given us high ratings across various feedback platforms like google.